Little big leaf is a poetic show for very young audiences, carried by dance and music.

Seated on furs, sheltered under tents built for them, the little spectators of "little big leaf" discover an intriguing forest where little things take a big step. Very tender, subtle, this story told by movement and music awakens the senses. Carried by the enveloping movements of Ariane Voineau, the warm and reassuring voice of Josué Beaucage, the sensitive staging of Olivier Normand, this poetic and evocative show tackles an essential question for very young audiences: am i tall or short?

- Meeting with the audience 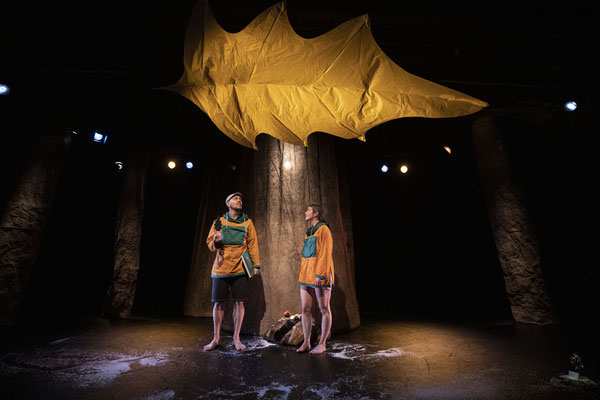 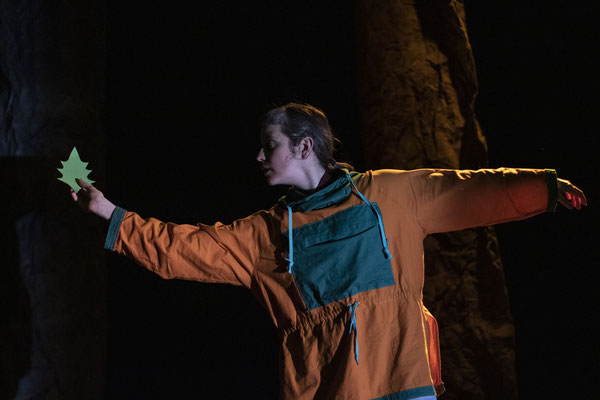 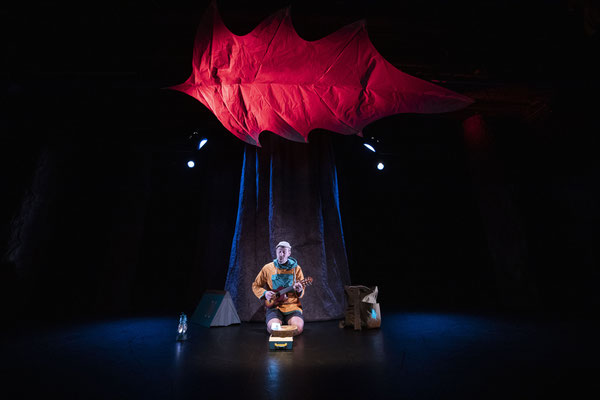 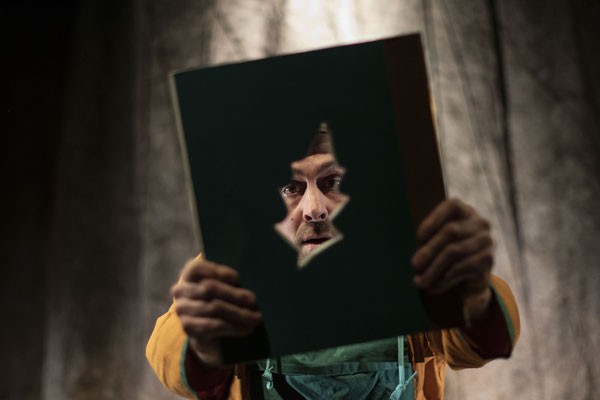 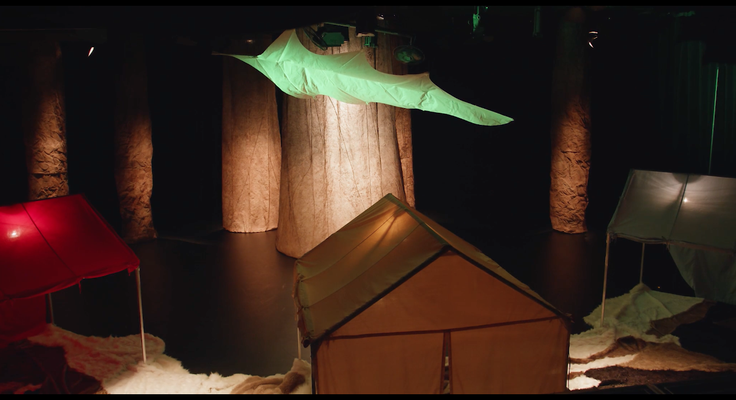 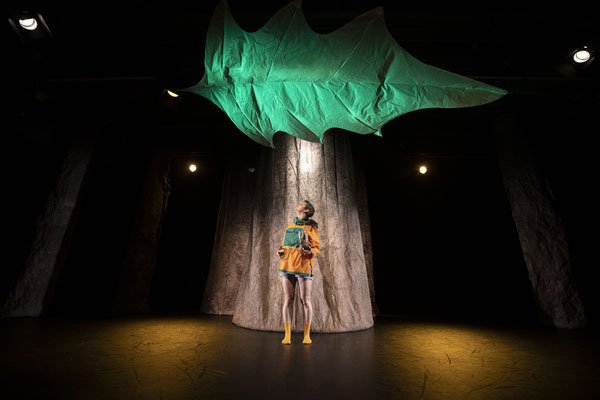 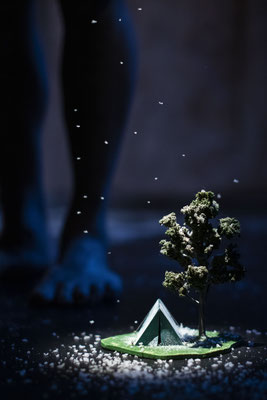 Originally from Brittany, Ariane received dance training at the Conservatoires de Nantes and Angers and then at the Ballet Junior in Geneva. She crossed the ocean in 2008 and moved to Quebec. Engaged in her community, she works with established choreographers and emerging artists in dance and multidisciplinary projects (Harold Rhéaume, Karine Ledoyen, Olivier Normand, Cirque du Soleil, Marie-Josée Bastien, Daniel Bélanger, Elias Djemil, Gabriel Cloutier Tremblay and Léa Aubin (Kill ta peur). She also initiated creative projects in collaboration with artists from Quebec and Montreal. She has co-directed two short dance films, one of which (Territoire) was presented at the San Francisco Dance Film Festival in 2015 and in several other festivals. She also has a multidisciplinary collective "LAS" whose latest creation "Ondes" was presented at the Mois Multi in 2018. She also collaborates with La felûre, a performance company based in Marseille. Curious to discover and enrich her practice, Ariane trains throughout the year in Quebec and abroad (Amsterdam, Paris, Banff ...). Passionate about artists personal development, she is co-artistic director of programming at L'Artère, development in contemporary dance (Quebec).

A self-taught, eclectic and curious musician, Josué Beaucage has been composing and touring his compositions in Quebec and in several countries for almost twenty years. Sound designer and composer, record producer, videographer, leader of the rock band Who are you, he also creates soundtracks for other artists, particularly in theater, dance, circus and cinema from his studio in Quebec City. He had the chance to work with Le Cirque du Soleil, Robert Lepage, Harold Rheaume, Alan Lake, Le théâtre des confettis, Flip Fabrique and a multitude of established artists from all disciplines. Formerly sound effects artistic director for Ubisoft entertainment in Montreal, the variety of productions in which he participated gives him an unusual musical personality. He received several awards, including 3 prestigious Bernard Bonnier Prizes from the Québec City Cultural Excellence Gala in 2009, 2015 and 2017.