Springing from an extraordinary union between classical music, performed live by the Molinari Quartet, and contemporary dance, Les corps avalés is a moving human odyssey that reveals Virginie Brunelle’s sensitive intelligence and great musicality in all their luminous power.

After the highly acclaimed presentation of Beating, her first international production, created with Gauthier Dance // Dance Company Theaterhaus Stuttgart, Virginie Brunelle tackles her most ambitious work to date. Against a backdrop of resilience and hope, Les corps avalés explores power relations, inequalities and social upheaval. Mastering the delicate balance between expressiveness and the vigorous physicality of her choreographic language, Brunelle directs eight dancers in a portrayal of a vulnerable humanity in search of gentleness and community. On stage, the Molinari Quartet delivers a radiant performance of selected pieces from the classical repertoire. The notes perfuse the smallest parts of the performers’ bodies; they animate, amplify, inspire the movement. Disarray, chaos and torment are thus sublimated. Elegant and intoxicating, Brunelle’s dance is ultimately salutary.

- For the general public

- 7 dancers and 4 musicians on stage

- Meeting with the audience 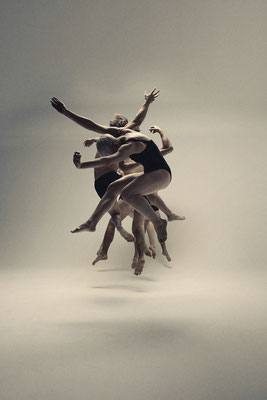 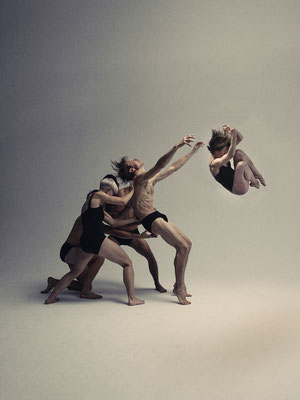 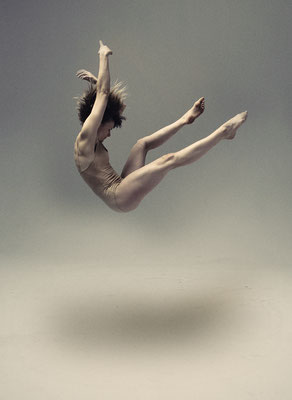 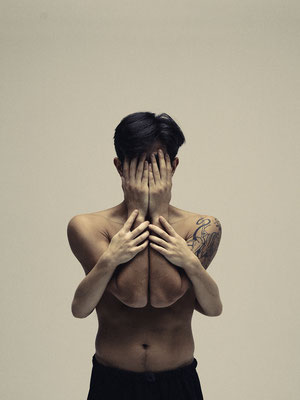 Choreographer Virginie Brunelle was introduced to the world of dance by way of music. Born in 1982, the Montérégie native first studied violin as a child and went on to play in the Orchestre des jeunes de la Montérégie as well as in a string quartet, where she discovered the importance of group work and fostered a love for the power of rhythm and the pleasure of performance. Impelled by this new-found musical knowledge, she auditioned and was accepted into the dance program at Cégep de Drummondville in 2002. In the years that followed, Virginie Brunelle explored a variety of choreographic techniques and styles, most notably as a student at UQAM, where she first embraced contemporary dance.  After graduating in 2008, Virginie Brunelle created Les cuisses à l’écart du cœur, a choreography for seven dancers that earned the 2009 Bourse RIDEAU at the Vue sur la Relève festival. Emboldened by this initial success, she founded her eponymous company (Compagnie Virginie Brunelle) in 2009, and in the same year created a second work, Foutrement, which won the 2017 Prix du public presented by the CAM en tournée (CAM touring program). In 2011, Virginie Brunelle opened La Chapelle’s fall season with the presentation of her third work, Complexe des genres, which received second prize at Denmark’s prestigious Aarhus International Choreography Competition. Three years later, she presented PLOMB, and in 2016 she created À la douleur que j’ai. These four works have since been toured across Europe and Canada. From the outset of her career, Virginie Brunelle has shown that she is a choreographic alchemist who takes pleasure in fusing symbols, theatre, narration, movement and music. By borrowing gestures from classical dance, which she takes pleasure in distorting and subverting, Virginie Brunelle draws the spectator into a powerful, immersive and unsettling experience.

Compagnie Virginie Brunelle was founded in Montreal in 2009. From the start, Virginie Brunelle has acted as its Artistic and Executive Director. The company’s repertoire now includes five works: Les cuisses à l’écart du cœur (2009), Foutrement (2010), Complexe des genres (2011), PLOMB (2013), À la douleur que j’ai (2016). These productions have been presented on local, national and international stages, in 10 countries and in over 50 cities, notably Aarhus, Amsterdam, Bassano del Grappa, Beirut, Bruges, Budapest, Mexico, Milan, Montreal, São Paulo, Seoul, Turin and Vancouver. With authenticity and human emotion, as well as through her themes and choice of performers, Virginie wishes to establish an intimate connection with her audience, stirring them with singular and powerful pieces. Her work can be recognized in the sensitive but raw performances, the cinematic tableaux and a vocabulary that seeks to deconstruct traditional codes, using staccato rhythms and coarse movement, constantly alternating between tension and release. Above all, Virginie is interested in humans, their emotions, and the poetry of everyday existence.